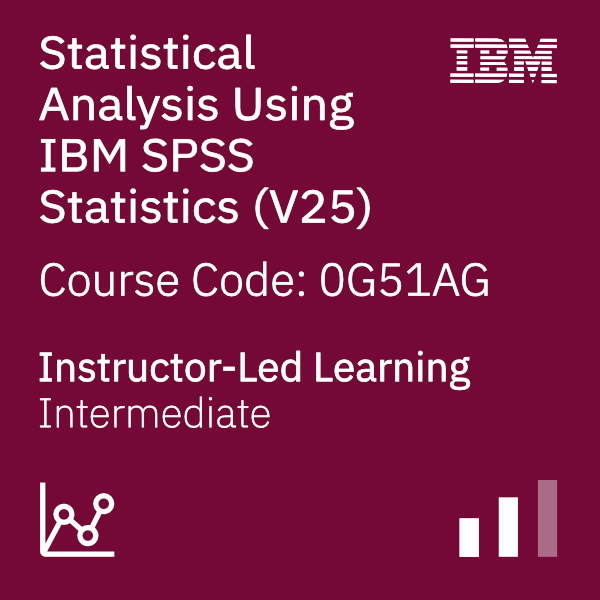 This course provides an application-oriented introduction to the statistical component of IBM SPSS Statistics. Students will review several statistical techniques and discuss situations in which they would use each technique, how to set up the analysis, as well as how to interpret the results. This includes a broad range of techniques for exploring and summarizing data, as well as investigating and testing relationships. Students will gain an understanding of when and why to use these various techniques as well as how to apply them with confidence, interpret their output, and graphically display the results.